IE10 and below are not supported.

Chamber of Commerce and Industry polling reveals WA wants MPs out of Roe 8 and 9 talks, The West Australian 03/10/2019 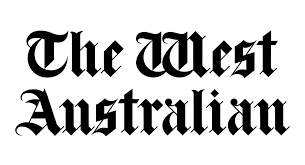 Most West Australians believe the McGowan Government should take the politics out of Roe 8 and 9 and refer the projects for independent assessment, new polling reveals.

A Chamber of Commerce and Industry WA-commissioned survey of 920 people found 72 per cent support a decision on the road being made by independent experts — such as the recently established Infrastructure WA.

“Now that almost three-quarters of West Australians have said they want this project to be independently assessed, the State Government must be asked to justify why they won’t refer it to the independent body they created,” CCIWA chief executive Chris Rodwell said.

Mr Rodwell said a “circuit- breaker” was required to remove the politics from Roe 8 and 9 after the project was a key plank in the platforms of both the Liberal and Labor parties at the 2017 election.

The CCIWA poll comes after the McGowan Government specifically instructed the Westport Taskforce not to assess what impact building Roe 8 and 9 would have on extending the working life of Fremantle port.

But Mr Rodwell insisted Roe 8 and 9 would still be required to battle growing congestion, even in the event of a drastic fall in truck traffic to and from the port.

“Congestion in Fremantle isn’t caused by trucks, which only account for around 10 per cent of total traffic,” he said.

“It’s caused by passenger vehicle trips. According to Infrastructure Australia’s 2019 Audit, by 2031, Fremantle residents will only be able to access between 15-20 per cent of all jobs in Greater Perth within 30 minutes by car during morning peak traffic.

“This means that even if the State Government progresses with Westport’s recommendation to shift Perth’s port from Fremantle to Kwinana, it will still need to fix Fremantle’s road congestion issues.”

“It is only once ... the strategy is complete that IWA will be able to start carrying out its other work such as assessing infrastructure proposals and working with Infrastructure Australia in securing more funding from Canberra,” she said.

“The Wesport Taskforce has also found that even if the grossly expensive Roe 8/9 project was built, billions of dollars would still have to be spent on other road and rail upgrades such as a massive widening of Curtin Avenue.”